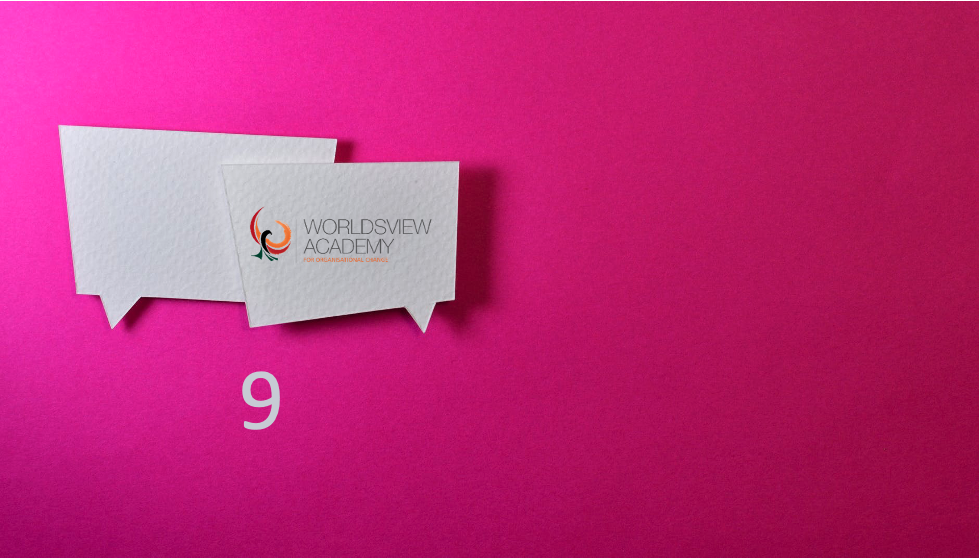 05 May Nine Conversations in Leadership

Reading Peter Block’s article “Reconstructing Our Idea of Leadership” resonated strongly with me and took me back to the birth of one of our flagship offerings. When WorldsView set out to create the Nine Conversations in LeadershipTM intervention seven years ago, one of the key drivers of the development journey was our concern about how organisational leadership is constructed and developed… this sense that leadership is too often ‘trapped in the ivory tower’, and only a tiny percentage of the potential leaders in the organisation are given structured opportunities to engage with and develop their leadership.

It may seem a little strange for an organisation that was founded on a flagship leadership development intervention to say things like “leadership isn’t rocket science” or “leadership is not the silver bullet” – but Block’s call to change beautifully captures the paradox that leadership is indeed a critical and catalytic thing, but that we may be missing the point in the way we talk about and work with leadership in our organisations.

We wanted to create a different approach to leadership development, one that responds to the complexity and changes in the modern workplace and throws the doors of leadership, citizenship and influence open to as many people in an organisation or community as possible. We believe that “Leadership is a collective relationship wherein people do leadership together. Leadership is a shared and communal concept” (John Dentico). The result is an intervention that builds collective leadership, empowers many citizens in an organisation to step up and take responsibility for their choices, and connects leaders and citizens to each other.

From consumer to citizen

Block argues that the critical problem with leadership is how we construct it – putting our leaders on a pedestal that creates impossibly high expectations of them, even as we dis-empower ourselves. The Nine Conversations in Leadership™ is designed and facilitated to shift the locus of control and to “confront citizens with their freedom” – the paradoxical freedom to influence and change their context for the better, and to operate and act in meaningful ways in their current context.

The article uses the word ‘citizenship’ to describe this individual who might not be acknowledged as “a leader” by the organisation, but should be confronted with their own choices and freedom and take an active role in shaping the collective future. In the Nine Conversations in Leadership™ we use ‘leadership’ as the word and concept to refer to this same way of being, based on the paradigm that “Leadership is a choice, not a position!” (Stephen Covey).

Through simple yet powerful structures, each participant is challenged to see themselves as a leader within their sphere of influence, rather than abdicating leadership to those “fathers and mothers and magicians” who sit above us in the organisational structure. As the Nine Conversations in Leadership™ brings leaders together to confront their shared ownership and to support those critical first steps into active citizenship, we see the change begin, less “looking for a God, or a father or a magician/priest to take responsibility for what truly belongs to all of us”.

Our facilitators watch for that catalytic moment, where a group of citizens shift from pointing their fingers upwards (what ‘they’ need to do, how ‘they’ are creating all our problems) to pointing inwards (what WE can influence, how WE are actively or passively participating in creating our context). The tipping point is a shift away from conversations about how we cannot act until some mystical leader ‘up there’ does something (for example, perfects the vision, stabilises the changes, alters his or her behaviour) to conversations in which leaders begin to accept that the vision may never be perfect, the organisation may always be in flux… but they have choices and opportunities to act and shape the organisation nevertheless. It’s a powerful moment in every 9C intervention.

While we emphasise the individual choice and courage to step up as a citizen and leader, 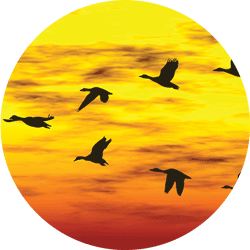 this is strongly contextualised in the concept of constructing and growing sharedleadership through connection and conversation – as Block says, leader as partner, leaders who create relatedness and connection.

The Nine Conversations in Leadership™ intervention ‘does what it says on the tin’ – building leadership through conversation. The intervention consists of nine facilitated conversations that are convened in a small peer group (of around ten people), referred to as a leadership cell. One of the strongest benefits reported in our post-9C impact studies is a consistent improvement in engagement, teamwork and collaboration – all dependant on relatedness and connection.

We quickly found that one of the greatest barriers to true connection and conversation was the mystique of hero leadership. One of the first mechanisms that begins to break down this construct is exposing delegates to synthesised, accessible global leadership wisdom, to level the playing field. We found leaders and citizens giving away their power because they were intimidated by others’ degrees, jargon or education, certain that that there are indeed easy answers or solutions out there, they just don’t have the knowledge or education to find them. The theory embedded in the Nine Conversations in Leadership™ is often described as “not rocket science” and we are 100% okay with that – the intervention does not teach but rather lays out a process where the cells discover the answers for themselves, in context, through building collective insight and understanding.

The second key mechanism was the design of the intervention, inverting the typical balance of power and airtime in ‘training’ or ‘workshops’ where the facilitator has the wisdom and therefore takes up the majority of the airtime. Nine Conversations in Leadership™ facilitators are trained in an 80:20 rule that says the facilitator should speak for no more than 20% of any given session – because we believe that the wisdom, insight and knowledge sits in the citizens themselves. Leadership development is driven by conversations where these leaders and citizens share and learn from one another’s challenges and successes, confront the choices they face, and discover opportunities for action from shared learning and wisdom.

We use simple but powerful structures to create connected conversations, which not only offer a container for workshops where leaders build relatedness and connection within their cell, but are also easily adopted and transferred back to the workplace as tools for those same leaders to begin creating more conversation, relatedness and connectedness back in their organisational communities.

To create a powerful future of citizenship and collective leadership, we still run the risk of falling back into patterns dictated by old paradigms. Even as Block calls to leaders to change their patterns, citizens need to change in parallel – and if we were to expect leaders to go and change those citizens, we would be perpetuating a disempowering construct. Rather, individual citizens need an opportunity to change themselves.

This creates a need to open up the conversations and spaces of leadership to many citizens, a significant contrast to typical leadership development interventions that focus a high-cost intervention on a small percentage of the organisation, then ask those few to ‘spread the word’.

Our vision for the Nine Conversations in Leadership™ created a design challenge – to find ways to open up these spaces and conversations, creating a scaleable, cost-efficient intervention that can reach literally hundreds of leaders, and become part of the organisation’s DNA. Processes and structures were created to enable internal facilitators and easy scale give us and our clients the ability to engage much larger numbers (even whole organisations) in leadership conversations about the future, and what they individually and collectively will do to bring it into being.

We observe the shift in our clients as citizens/leaders grapple with and begin to live into this new paradigm for themselves, but also for the collective. They take the shift and run with it, engaging with their organisational communities and supporting others to confront the choice and make the change.