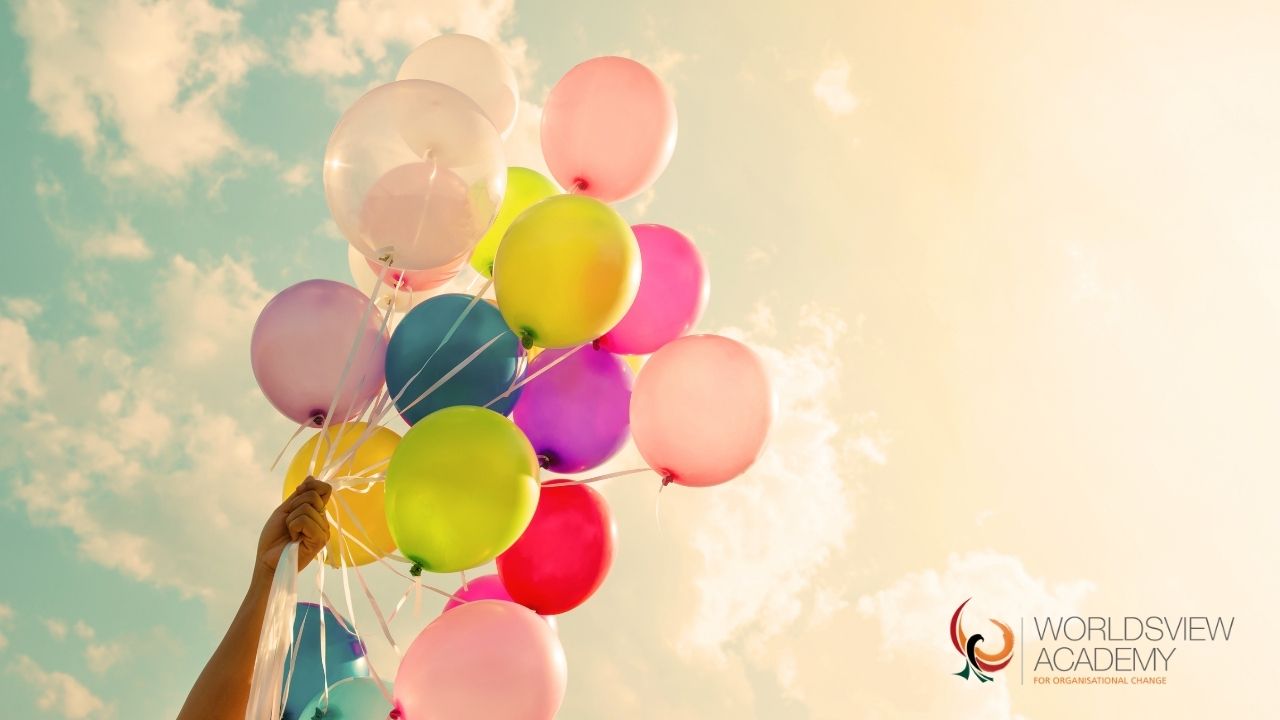 A team of about 35 employees had come together for a team building event. They were a young, bright and enthusiastic team. However, one big problem this team had was they wouldn’t share information or solutions with each other. The leader felt they were too focused on self and not enough on team. So she started off with a fun team activity that would allow her to teach the importance of each team member working together and sharing more.

She brought the team into the cafeteria. All of the tables and chairs had been stacked and put away. Placed around the room were fun decorations and hundreds of different colored balloons. Everyone was excited, but not sure what it was all about. In the center of the room was a big box of balloons that had not been blown up yet. The team leader asked each person to pick a balloon, blow it up and write their name on it. But they were instructed to be careful because the balloon could pop!

A few balloons did indeed pop and those members of the team were given another chance, but were told that if the balloon popped again they were out of the game. About 30 team members were able to get their name on a balloon without it popping. Those 30 were asked to leave their balloons and exit the room. They were told they had qualified for the second round.

Five minutes later the leader brought the team back into the room and announced that their next challenge was to find the balloon they had left behind with their name on it among the hundreds of other balloons scattered in the large cafeteria. She warned them however to be very careful and not to pop any of the balloons. If they did, they would be disqualified. While being very careful, but also trying to go as quickly as they could, each team member looked for the balloon with their name. After 15 minutes not one single person was able to find their balloon. The team was told that the second round of the game was over and they were moving onto the third round.

In this next round the leader told the team members to find any balloon in the room with a name on it and give it to the person whose name was on it. Within a couple of minutes every member of the team had their balloon with their own name on it.

The team leader made the following point:

We are much more efficient when we are willing to share with each other. We are better problem solvers when we are working together, not individually.